Hi! i'm Kariza from The Philippines~ I'm a big fan of Arashi since 2007 and they will always be my number 1 idol!!! Jun-baited but my ichiban is the brattiest of all brat Ninomiya Kazunari. Feel free to add me if you are also a big fan of them. Let's flail at them together!!! I also love watching Japanese, Korean & Taiwanese dramas and animes.

Yoroshiku Onegaishimasu!!!
thank you to

I hit for this year’s tour!

Last October 17, 2016 my dream to visit Japan finally happened. I was there for 10 days and visited Tokyo, Kyoto, Osaka and Nagoya. I've always wanted to visit Japan not only because of Arashi, anime and Jdramas but also because I like their culture. I am just sad that the Are You Happy? concert tour didn't coincide with my trip, I am willing to travel to Fukuoka or wherever and spend money just to watch the live.

Anyway, I may not have seen them live, but at least I saw their billboard/poster of whatever they are endorsing. I was actually expecting more arashi visibility, especially in Tokyo, but maybe because there is no new endorsement or whatever there is not much. Their album would've been released a week after I was in Tokyo so I didn't see any promotional materials for AYH album that time.

Here's my encounter of anything that is arashi related.

First place we visited in Japan is Odaiba. We were in Aeon Mall and is looking for somewhere to eat and found this one stall that has pictures of celebrities that ate there. Unfortunately, I've forgotten the name of the restaurant. I found pictures of some Johny's and of course arashi.

Then, while walking on our way to Tokyo Tower, saw these Kirin billboards: 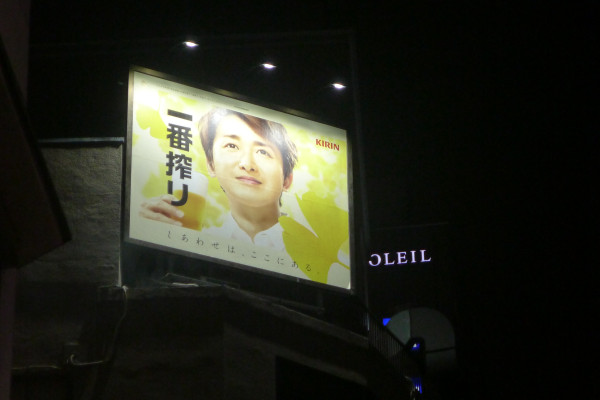 On my first night in Tokyo, it was a Monday, so I was not expecting any arashi shows except for News Zero. Unfortunately, I was so tired and fell asleep before News Zero. I was so sad I didn't get to watch Sho-chan doing news. :( Anyway, I was able to watch SmapxSmap and Cain & Abel's first episode.

On my second day in Tokyo, while touring around, I saw the pic below. I've forgotten where I took it but here's Sho-chan endorsing an eyemask that heats up(?). I remember, I was in Don Quijote in Osaka and I asked the shop lady if I can have the poster of that and she just smiled at me. hahahhaha

Another Kirin billboards (I think this was in Ueno): 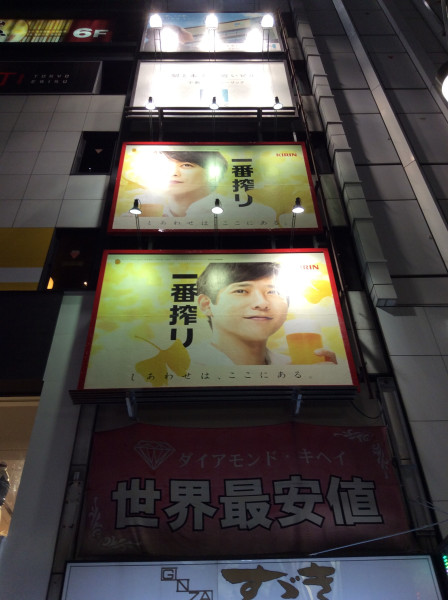 Back in our hotel, I turned on the tv and was surfing the channel when I saw this:

It was AIBA-CHAN!!!! I'm such a fake fan because I've forgotten about Gutto! Sports :( I was jumping for joy when I saw this on my tv! For the first time in my life I am watching their show live and while I was in Japan. I was so excited that I said sorry for my friends. Thankfully, they didn't mind me being such a fangirl. HAHAHAHAHA Gosh, Aiba-chan is extra gorgeous with that hair. 😍

On my fourth day in Tokyo, we visited a place that is a must for every arashi and hana yori dango fans - the Ebisu Garden!

Another sighting of Aiba-chan and Matsujun, this time in Harajuku. If wasn't afraid of exceeding my baggage allowance, I would've bought this shampoo. hahahhaha maybe nex time. 😉 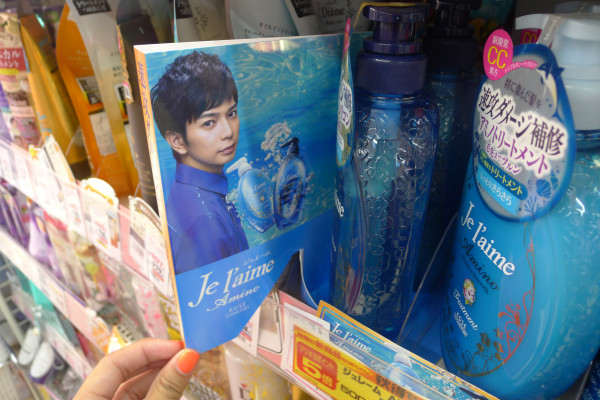 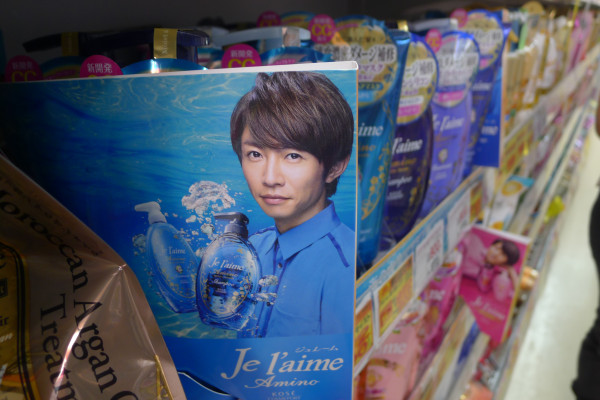 I wasn't able to watch VS Arashi because we were out the whole day and night. I was so sad because that's the only time I could watch it. 😢 But fast forward to Saturday, I was able to watch Arashi ni Shiyagare. We were home late but because of baseball, i think, the broadcast was delayed. Yayyy for me! ☺️ I understand nothing but I still laughed with them. hahahaha Sorry for the blurred pics 🙇🏻‍♀️ 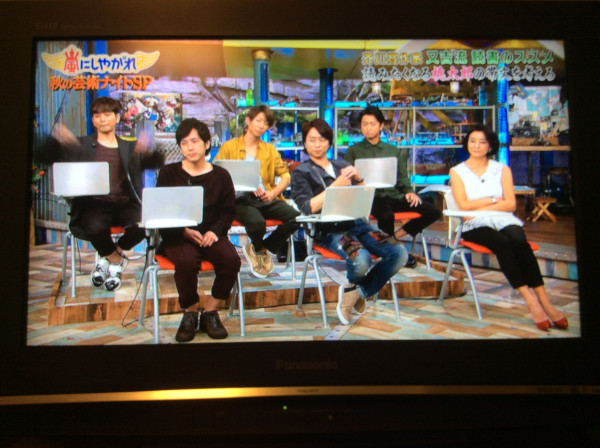 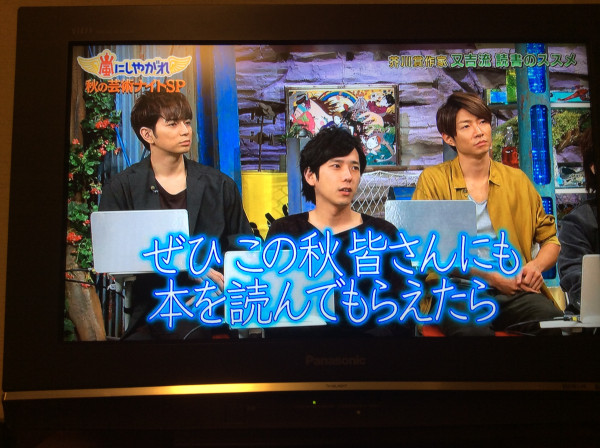 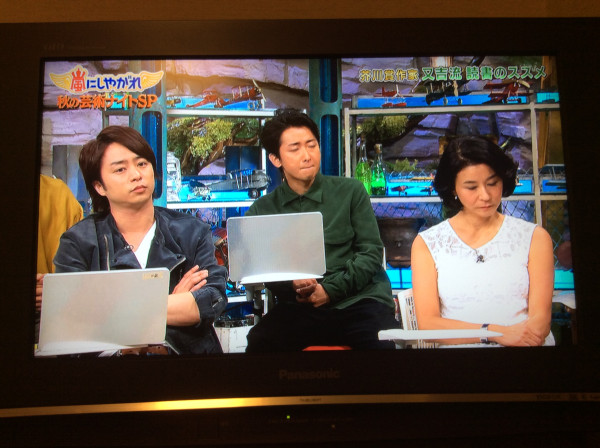 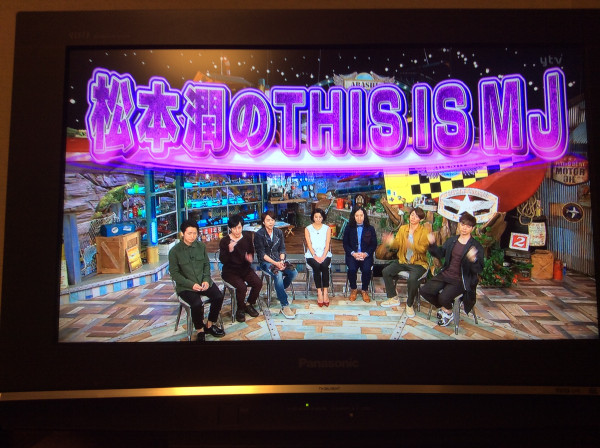 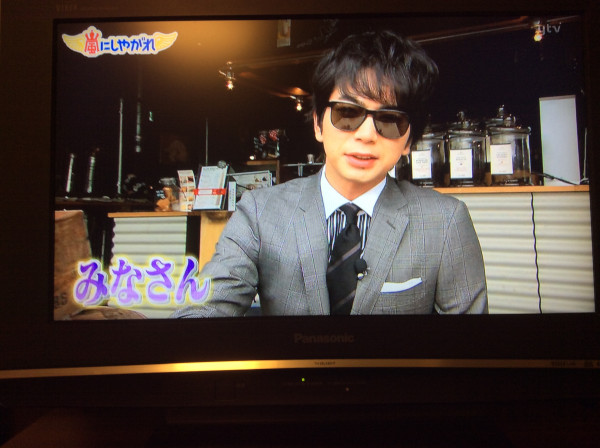 Another sighting of arashi and nino in Dotonbori while we were looking for a place to eat: 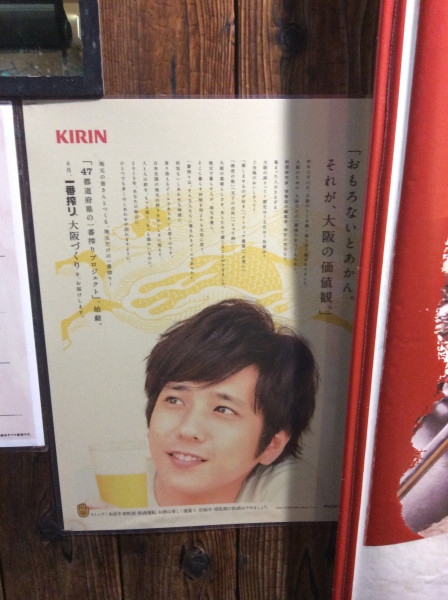 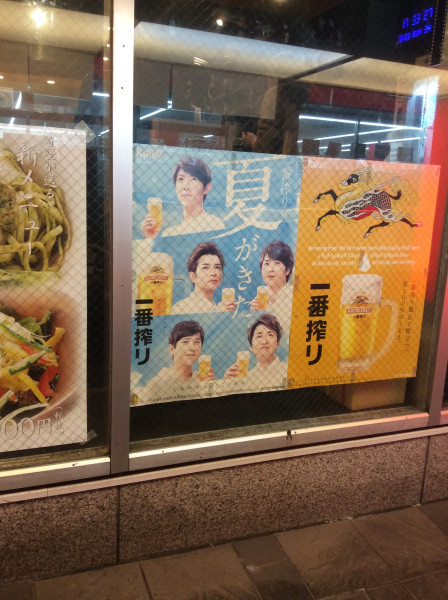 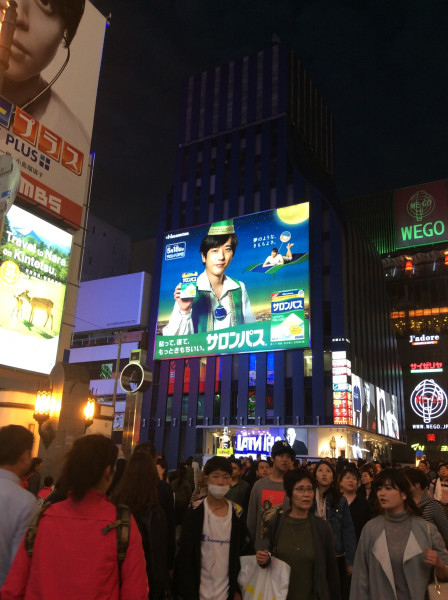 It's a must to take a picture with Glico man when you are in Dotonbori but not me. I need a photo op with nino's salonpas billboard. Just look how happy I was! 😂 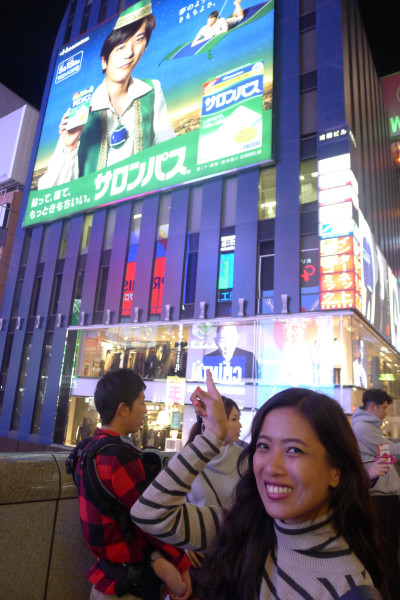 Sighting of Sho-chan in Nagoya train: 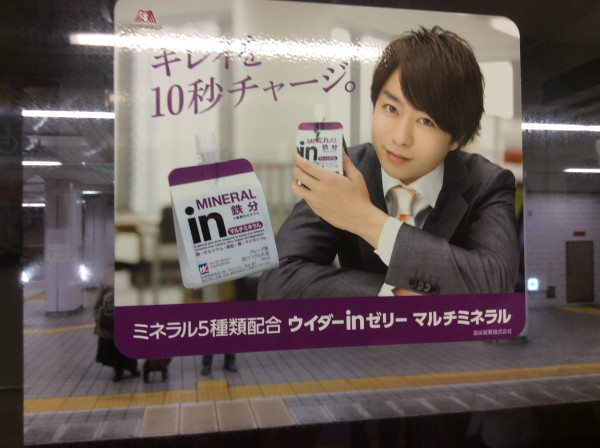 Parco Mall's Tower Records' Are you Happy? display. I bought my album in HMV on the 26th and the Limited edition was already not available. 😔 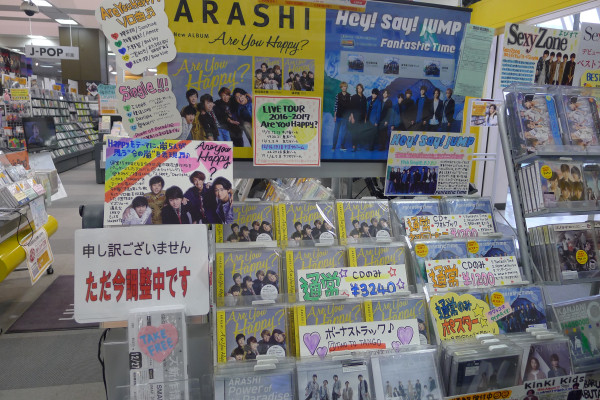 These are the magazines and books I bought: 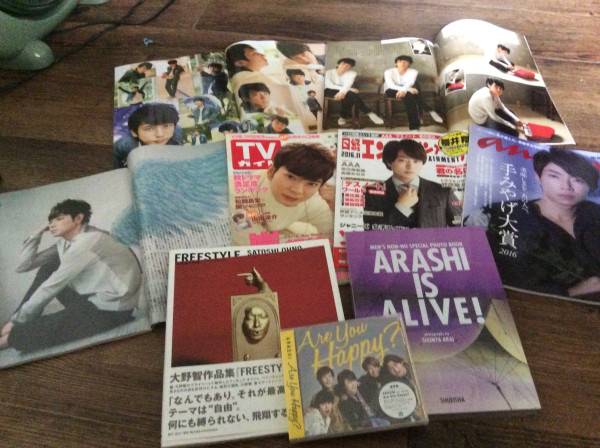 That magazine with Jun is pure perfection! I'm glad I found that mag in 7-11. I was only planning to buy beer that time but I saw that mag and Aiba-chan's mag. ☺️

The next time I'll visit Japan, I will make sure to visit the places that was featured in their dramas and variety shows. I'll also make time to visit Keikarou. Ohh! and also visit Johny's shop. I wasn't able to when we were in Harajuku because we were already short on time. We arrived in Harajuku late and still has to go to Shibuya after. 😢

And that ends my Arashi-related Japan tour. This post is too random! HAHAHAHAHA

I just got my Japonism bluray dvd! 😍 UPS was supposed to deliver it yesterday (Aug 24th), they called me around 5PM and asking for a landmark nearby my place and if I was at home already which unfortunately I wasnt yet. I told the delivery man the direction and asked where exactly he was, then he said he couldn't deliver it that day because it was already late and it was the start of rush hour traffic. I think him calling me and asking for a landmark was just an excuse. I lived in a well-known place, there is now way him or his driver is not familiar with it. They just don't want to deliver it to my place because they want to avoid the traffic. But, all is well since I have my copy arrived today and the dvd is soooooo gorgeous!!! One of my favorite cover of their dvds. 😍

I only have one problem! This is my first time buying a bluray because I don't have a player! So how am I supposed to watch this now?! hahahaha